Where to watch Breaking Bad in 2023 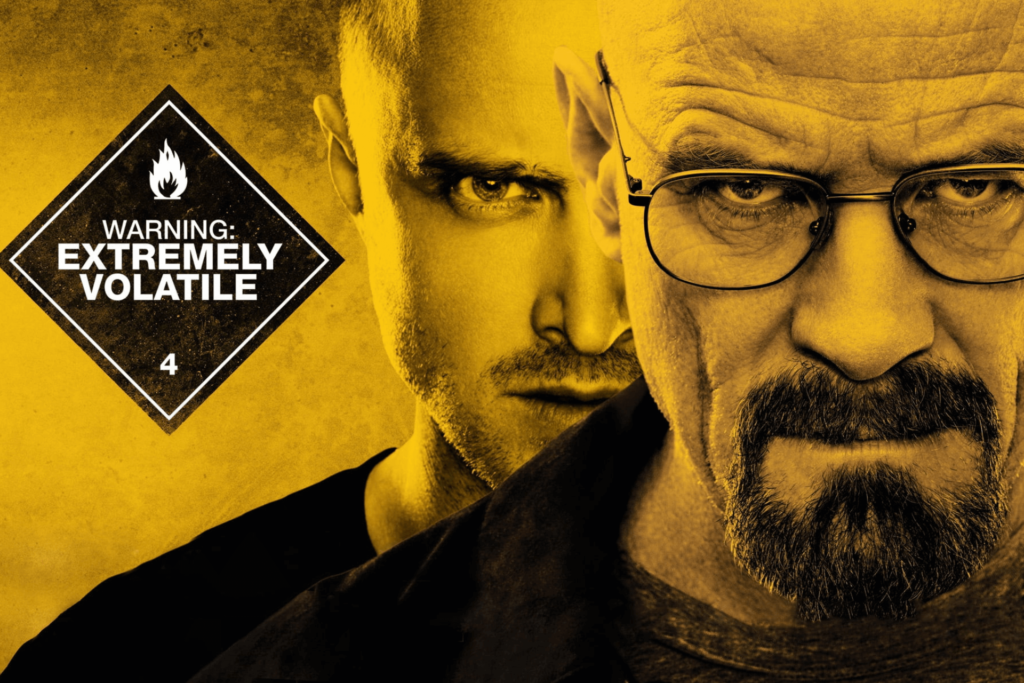 Breaking Bad is a crime fiction TV show, and in this blog, we will share details about where you can watch Breaking Bad in 2023.

Breaking Bad is a TV series about Walter White, a high school chemistry teacher. He turns to cook methamphetamines to provide for his family after he is diagnosed with terminal cancer. The show explores its characters’ personal and professional lives as they navigate the challenges of life in Albuquerque, New Mexico.

This series has been praised for its acting, writing, and direction. It has won multiple awards, including the Emmy Award for Outstanding Drama Series.

Where to watch Breaking Bad Online

The best place to watch Breaking Bad is on Netflix. All seasons are available to stream; you can watch them in any order you want. You can also find Breaking Bad on DVD and Blu-ray, but those can be more expensive and harder to find.

Here are some of the choices available to watch Breaking Bad in the US:

In the first season, Walter White (Bryan Cranston), a high school chemistry teacher in Albuquerque, New Mexico, is diagnosed with stage-three lung cancer and given only two years to live. He turns to a life of crime, producing and selling methamphetamine with former student Jesse Pinkman (Aaron Paul) to secure his family’s financial future before he dies.

While Walter develops an innovative technique utilizing unregulated chemicals to produce a very refined product that is tinged blue, Jesse finds an RV to cook in. Walter takes on the moniker “Heisenberg” and distributes his “blue sky” meth to the paranoid drug lord Tuco Salamanca after a run-in with Jesse’s previous business associates. As soon as Hank and the DEA learn about this new drug dealer, they start looking into him.

You can check out this guide for how to watch Breaking Bad Season 1.

In the second season, Hank kills Tuco after Tuco and Walter start acting hostile toward one another. Walter hires corrupt attorney Saul Goodman, who later links them to well-known drug dealer Gus Fring and hitman Mike Erhmantraut. Jesse dates Jane, the apartment manager, who manipulates and introduces him to heroin, rendering him unreliable.

Jane threatens Walter as he refuses to give Jesse his share of the sale to Gus. When Walter returns to Jesse to apologize, Jane is unconscious, and Walter lets her choke on her vomit. Traumatized, Jesse checks into rehab. Walter appears to be content with his life until he sees two planes collide in midair due to Jane’s father, an air traffic controller, losing it over her passing while performing his duty.

You can check out this guide for how to watch Breaking Bad Season 2.

In the third season, Skyler finds out about the drug business and asks for divorce forcing Walter to halt dealing with drugs temporarily, Gus offers him a job manufacturing meth at a cutting-edge covert lab with an assistant named Gale. Hank’s research brings him to Jesse, who he viciously assaults even though he has no evidence, leading to his suspension from the DEA.

To hold Jesse from suing Hank for the assault, Walt forces Gus into replacing Gale with Jesse as a lab assistant. Hank is attacked by Tuco’s revengeful cousins, kills them, and ends up paralyzed in the aftermath. Jesse’s behavior becomes unstable, and Walter is forced to kill two of Gus’ drug dealers to rescue Jesse. After an enraged Gus instructs Walter and Jesse to be killed, Jesse kills Gale so Gus cannot substitute them.

You can check out this guide for how to watch Breaking Bad Season 3.

In the fourth season, with Gale dead and Jesse and Walt working for Gus, Skyler becomes increasingly frustrated with their criminal lifestyle. She demands Walt give her half his earnings to launder it through their car wash business.

When Skyler learns that Walt has been selling meth without her knowledge, things come to a head. Furious, she throws him out of the house. Walt retaliates by telling Skyler’s boss about her affair with Ted, which gets her fired.

The fifth and final season focuses on Walt’s descent into darkness as he becomes increasingly obsessed with power and money. He arranges for Skyler to take over the car wash business to launder his drug money.

Walt also manipulates Jesse into cooking meth for him again by threatening to kill Brock (Jesse’s young partner) if he doesn’t comply. As the police close in on Walt, he decides to make a final batch of meth with Jesse one last time.

In the series finale, Walt dies contentedly after seeing his family one last time. Skyler decides to take responsibility for her role in Walt’s crimes, and she is arrested. Jesse escapes from captivity and drives off into the night, free at last.

We hope that this guide will help you in your quest to find where you can watch Breaking Bad. If you have any alternatives and other options do let us know in the comments below.