The Game Awards Gets Interrupted by Mysterious ‘Bill Clinton’ Intruder 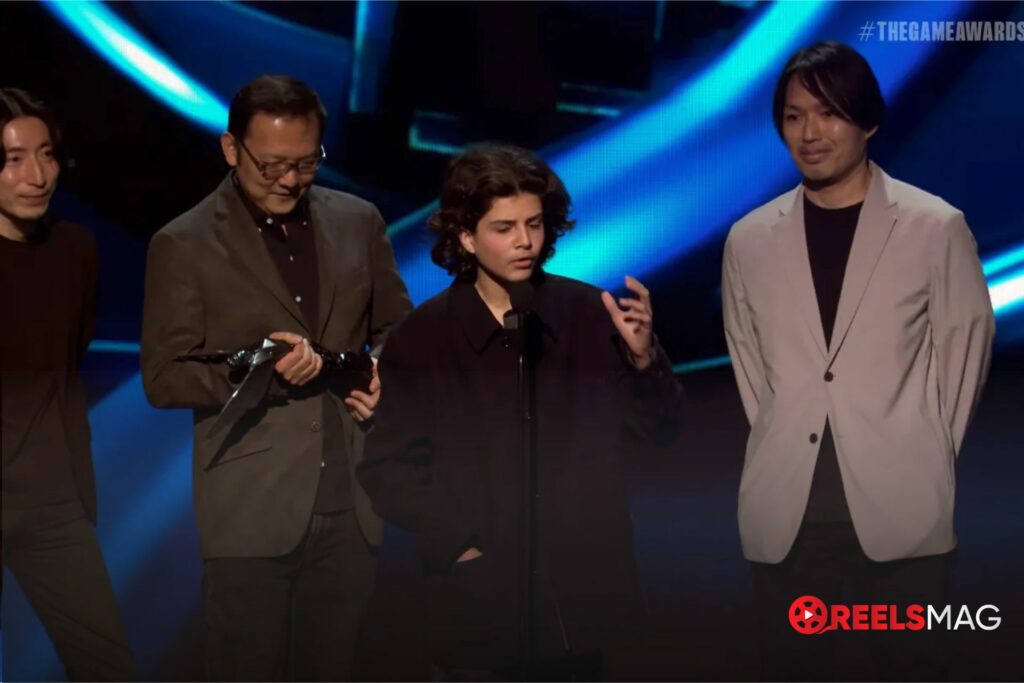 The Game Awards 2022 experienced a shocking interruption when an unknown individual rushed the stage in the ending moments of the show.

Here’s what happened and how social media erupted after the individual’s bizarre behavior was live-streamed.

The Disappearance of April Jones
Kindred
Baking it Season 2
The Checkup with Dr. David Agus

The Game Awards gets a rude shock

In the end hours of the awards show, FromSoftware developers won the best game of the year award. They were called onto the stage to accept the trophy. Creator Hidetaka Miyazaki and his team graciously made it to the stage and started their acceptance speech.

As soon as they were done, a mysterious individual grabbed the microphone and nominated Bill Clinton for Game of the Year.

After Hidetaka Miyazaki’s acceptance speech concluded, this mysterious invader made their presence felt by making an unexpected nomination. The intruder was later apprehended by authorities after being removed from the ceremony.

“You know real quick I want to thank everybody and say that I think I want to nominate this award to my reformed Orthodox rabbi, Bill Clinton. Thank you, everybody,” they said.

After the confusion, this invader was hastily removed from the venue. Following the disruption, Geoff Keighly of The Game Awards posted a tweet letting people know that law enforcement had taken charge and arrested them.

The show was about celebrating the best video games as well as showcasing some new ones. But people are already making memes on the viral Bill Clinton fan already.

Well, that’s a wrap for The Game Awards and its newest viral sensation – the Bill Clinton fan/intruder. Christopher Judge, who played Kratos in God of War: Ragnarok also took home an award for his performance. Ragnarok also won another award for the best Narrative in a Video Game in 2022.