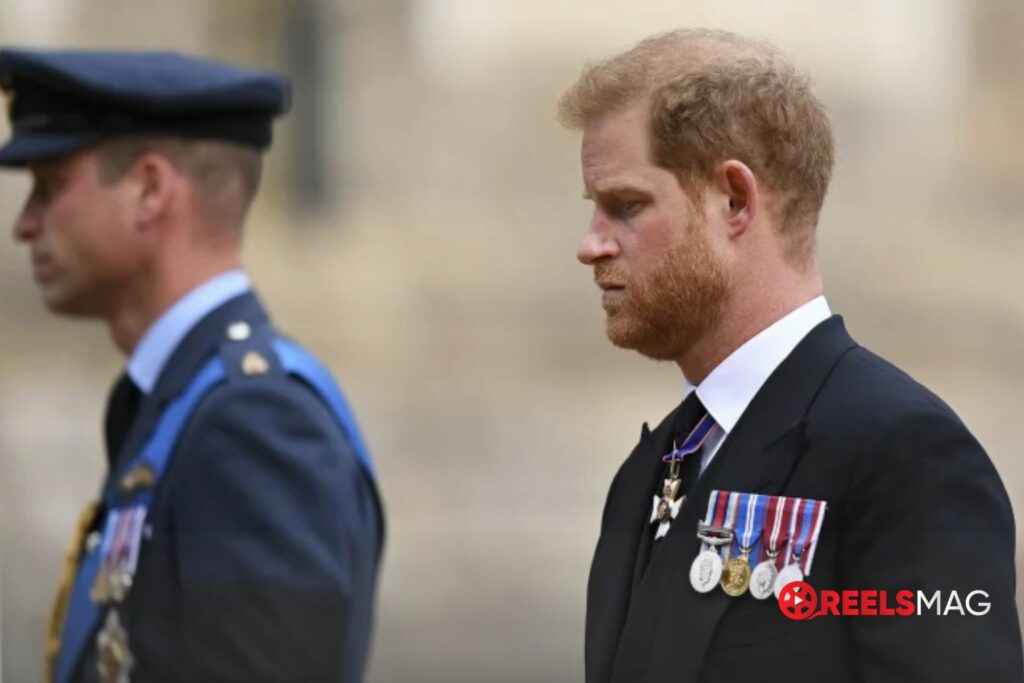 In his memoir, Spare, Prince Harry candidly discussed the joys and struggles of being a younger brother to Prince William; shedding light on royal life from his perspective.

In his book, which is set to be released on Tuesday, January 10th, Harry discloses that the title of his memoir was inspired by the label he received at birth – while Prince William would ultimately assume the throne after their father Charles III became King, Harry felt like “the shadow” providing support as a Plan B for both their family and country.

“I was summoned to provide backup, distraction, diversion and, if necessary, a spare part. Kidney, perhaps. Blood transfusion. Speck of bone marrow. This was all made explicitly clear to me from the start of life’s journey and regularly reinforced after.”

In Harry’s life, it was regular for him to feel inferior compared to his sibling. This disparity often led them into heated exchanges as they were growing up. In the book, he recollects one particular physical altercation with William concerning Meghan Markle that became so violent; even the Prince of Wales felt compelled to intervene and mention a few words about Harry’s physical appearance before their marriage.

William Knocked Harry Down During a Fight Allegedly

In 2019, the founder of the Invictus Games reported that after William labeled Meghan “difficult” and “rude,” a physical altercation ensued. Harry wrote in his book that Prince William harshly grabbed him by the collar before throwing him to ground and smashing his necklace.

In 2018, William, Kate, Harry and Meghan discussed the tension between them.

According to Harry’s statement during this conversation, his brother and sister-in-law were “upset” because they did not receive an Easter present from him and Meghan. Moreover, he then claimed that in reaction to this alleged comment by Meghan while pregnant with Prince Louis – that she was suffering from “baby brain” – Kate asked for her apology. To make matters worse…William allegedly pointed at Megan while accusingly calling her rude!

Harry declared that he wasn’t solely responsible for the problematic Nazi costume from 2005. He recollected trying to choose between a British pilot’s uniform or a Nazi uniform just before Halloween, and mentioned “I phoned Willy and Kate, asked what they thought. ‘Nazi uniform’, was their answer – so I rented it with an absurd moustache and returned home.”

His family were allegedly amused by his outfit choice as Harry had previously expressed regret over this incident in a 2022 Netflix documentary series titled ‘Harry & Meghan’, calling it one of his most significant errors ever made.

Harry Reveals If He Ever did Drugs

The Archewell cofounder candidly shared his experience of losing his virginity to an older woman who “liked horses” and gave him special treatment unlike any other. Harry added: “Among the many things about it that were wrong. It happened in a grassy field behind a busy pub.”

He also revealed that he smoked weed and did cocaine more than once.

Harry’s relapses occurred in the past, but he also confessed that when him and Meghan stayed at Tyler Perry’s residence during early 2020, he admitted to indulging in marijuana on occasion after dark.

Harry Once Snapped at Meghan Angrily

From his hometown in England, Harry remembered a moment with Meghan that unexpectedly morphed into an altercation after the Duchess made a statement he misunderstood. “I was too emotional and assumed she had something against me,” He penned in his memoir. “The second I said it out loud, everything stopped.”

When Harry approached Meghan later after she had calmed down, she posed the inquiry,”Where did you ever hear one man speak to a woman in that manner?” His response was he had heard grown-ups conversing similarly when he was young. They both agreed they never wanted their household atmosphere to include anger or disrespect of any kind.

Harry and William Had a Row During Prince Philip’s Funeral

In April 2021, Harry likened his family confrontation to a “duel” that followed their mourning of the late Prince Philip. He attempted to convey his perspective during their Frogmore Gardens meeting, which was intended to signify the end of his royal duties; but he soon realized that it was not in his power for this interaction to remain peaceful.

He recollected getting into a fervent exchange with William, until Charles intervened. The king pleaded for the two boys to not “torture me in my last years”, but Harry was still questioning if his family truly knew or cared about him.

Why Harry and William Drove to Where Diana Died

Harry wrote about going through the tunnel where Diana died. “We zipped ahead, went over the lip at the tunnel’s entrance, the bump that supposedly sent Mummy’s Mercedes veering off course.” He recalled the moment as being insignificant, which angered him even further.

After Harry divulged to William the details of his ride, the Duke of Cambridge disclosed that he had also taken a similar journey. Subsequently, they rode side-by-side through the tunnel.

How Harry and William Felt About Camilla

Harry and William urged their father not to marry Camilla. But later on, they went with it after realizing that this was the woman Charles ever loved.

How Diana was always there for Harry

After his mother passed away in 1997, Prince Harry has been open about the moments where he believes she is with him. The royal prince specifically referred to their first pregnancy as one of those instances when Diana was a positive influence for them. In an autobiographical book, he recalls that Meghan presented two pregnancy tests on his nightstand after being late in 2018 – and it’s safe to assume this was proof enough that Diana had blessed them from beyond!