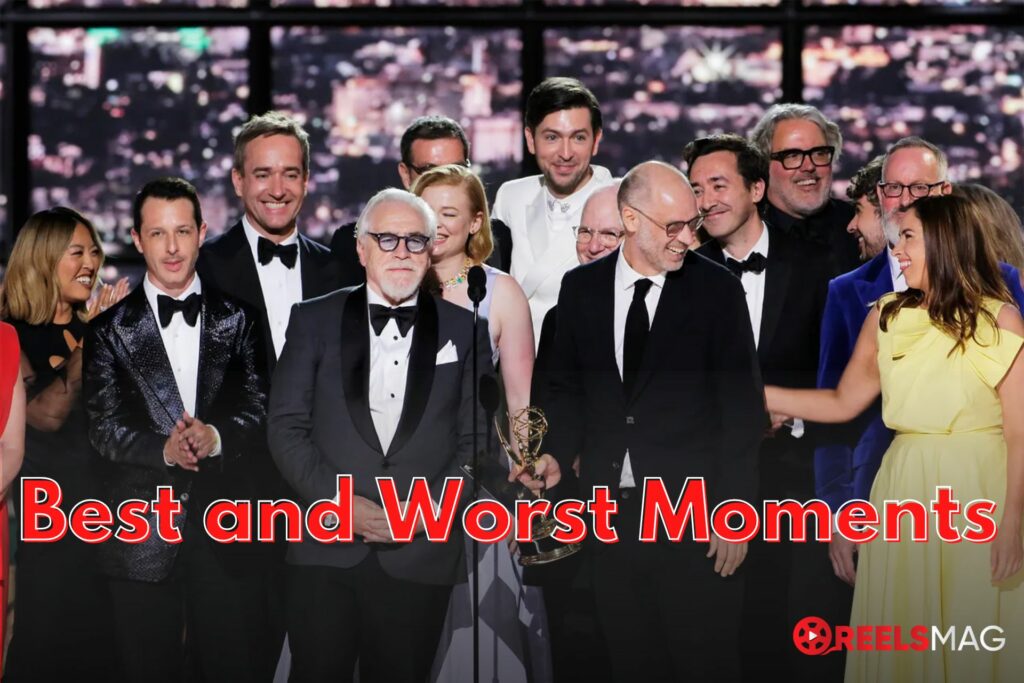 It’s that time of the year again – awards show season! The Emmy 2022 Awards show featured some good and some not-so-good moments. From teleprompter snafus to awkward comedy onstage and heartwarming speeches, this show had it all.

Let’s take a look at the 5 best and the 5 worst moments from the show. If you want a simpler view then check this out.

After a career spanning 45 years in the biz, Sheryl Lee Ralph took home the top honors. She won the award for her no-nonsense performance as Barbara Howard in Abbott Elementary.

Squid Game’s protagonist Lee Jung-jae became the first foreign-language actor to win in the Outstanding Lead Actor in a Drama category. That is marvelous!

Lizzo gets a memorable win

The Grammy-winning singer Lizzo won big. Her series Lizzo’s Watch Out For The Big Grrrls got top nods for Outstanding Competition Program.

This isn’t going to happen on TV so we might as well go yay over Brian Cox and Jason Sudeikis seated like a unit.

Chivalry is not dead. Lorne Michaels, the creator of Saturday Night Live, nudged former cast member Kate McKinnon to join everyone on stage. The comedy series won the award for Outstanding Sketch Series.

Nothing against comedian and Emmy host Kenan Thompson, but his dance was…. weird. The song paid tribute to popular TV shows from the past such as Friends, Law & Order, even Game of Thrones.

Leave it to John Oliver to leave people a bit uncomfortable with his social commentary. The comedian took down the crime drama on NBC. Which is weird because the Emmy’s were on NBC this year!

As much as people love Succession, creator Jesse Armstrong’s speech was too painfully long. It took Brian Cox (Logan Ray) to tell him to move on.

The practice of having in-house DJs has to stop. No offence to DJ Zedd, but the Emmy already has an orchestra. Why would you overcrowd an already brimming musical lineup?

We love Jason Sudeikis in Ted Lasso and feel like he deserved last year’s billing as the top actor. But with so many promising performances this year that rocked us to our core, the Emmy judges need to wake up, smell the coffee and stop with a repeat win. Rhea Seehorn in Better Call Saul and Melanie Lynskey in Yellowjackets deserved better this time.

What was your favorite or worst moment from the Emmys 2022 Awards?